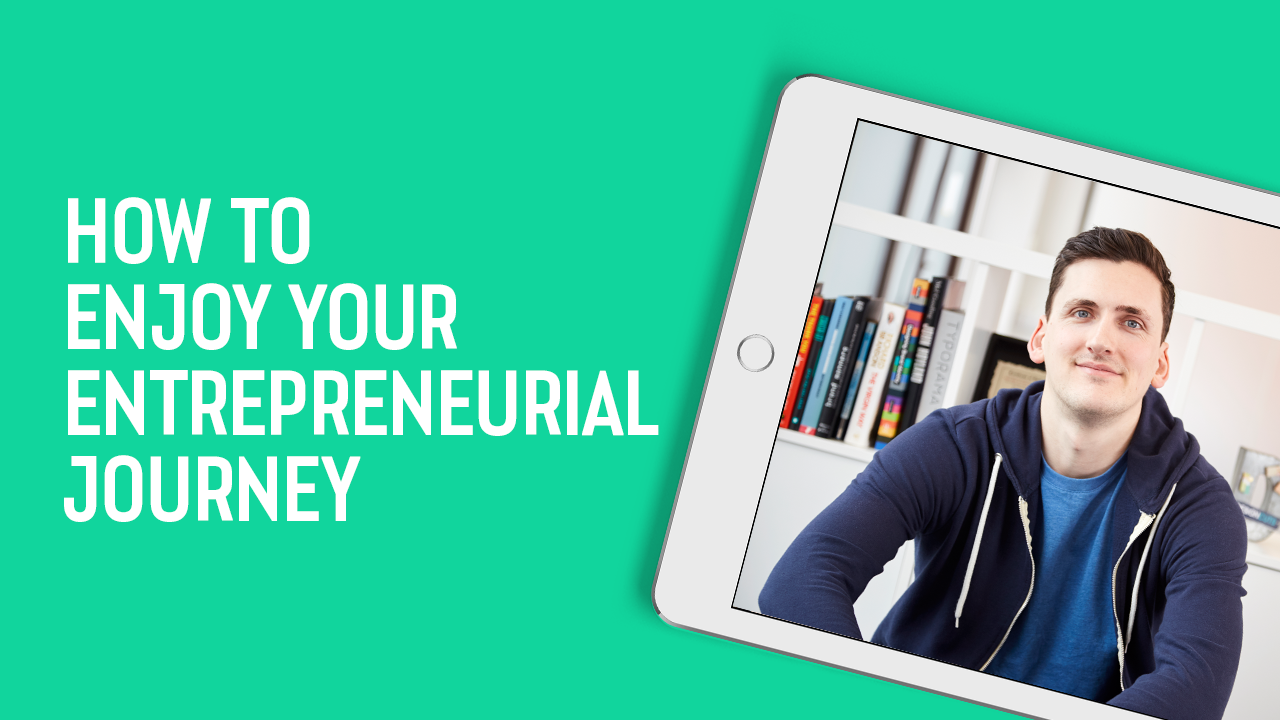 ‘Enjoy the journey’ has almost become an entrepreneurial soundbite, with less than inspiring memes like ‘It’s not about the summit, but the climb’ floating about. But there might be some truth to this philosophy, no matter how wishy-washy it sounds. When you’re in it, and not enjoying the journey, it can feel pretty miserable. Many entrepreneurs experience this at least once in their lifetime. And if they say they haven’t, they’re probably lying. Today, Tom and Mike share their experiences and talk about the importance of enjoying the journey.

When Tom & Mike slipped into the dark place

Mike, as the cliché goes, was so focused on climbing to the top of the mountain, he didn’t stop to smell the flowers. Five or six years into working for his own agency, the economic recession hit and cut his billings in half. He struggled to make payroll causing him to slip into a dark, sad space emotionally.

The same year, he won an award for the success of his business and all the hard work he had put into it. But when he went to collect this accolade that he had coveted, he felt hollow and miserable because just a month before, he had to lay off half his team. In the wake of this, he suffered from imposter syndrome and wanted to throw the award into the trash.

Only later, he realised that every business was dwindling at the time. He was so hyper-focused on his own challenges, he didn’t look outside of himself to see the reality – everybody was struggling. This taught him a valuable lesson: as an entrepreneur, when you’re focused on the summit, you don’t realise the reality of what’s happening outside of your life and business.

The success of your company is only one of the many milestones in your life.

Interestingly for Tom, some of his darkest hours have been because of the huge success of his company. He confesses that he got so wrapped up in the entrepreneurial grind, that he neglected his health and ended up in the hospital. He would spend hours in the office like a madman long after his colleagues had left for the day because he felt the added responsibility of being the boss.

Unable to clock off like his colleagues who would spend time with their friends and family or going to the gym, he began to feel like he was wasting his life. He realised later that he was losing sight of the bigger picture, and the success of his company was only one of the many milestones in his life.

Why does this happen?

While Tom and Mike are both fairly optimistic people, they also struggle with the reality of running a business and the relentless grind that comes with it.

As an entrepreneur, you often get tunnel vision and go down a rabbit hole of anxiety. As a result, the passion for what you do might also feel like a curse because you can get so wrapped up in it. For many, the rush of success almost becomes a drug. You become self-destructive and crave more

Stress is almost an inevitable part of running a business. You begin to find things to be stressed about, habitually discounting your success and focusing more on the problems of your business. You could have ten big wins, but the one big problem is all you tend to focus on. Instead of realising it as habitual behavioural patterns, entrepreneurs lay in bed at night and think about all the things they need to do and all the problems they need to fix the next morning.

Wondering how to fix this? Here are 6 actionable strategies to do it.

Tune into the underlying passion

Try to tune into the underlying passion and reason for what you do, as it is easy to lose sight of that.

Growing up, Tom used to love playing around on Photoshop, building websites, bringing people together and creating communities. However, as he built a scaling business, he had to deal with things like human resource or accounting problems, causing him to lose perspective every now and then. It is important to take a step back and look at the big picture. As you understand the bigger purpose of what you do, the mundane challenges that come with running a business become small blips in your journey.

Take advantage of the reality of your situation

There are many perks that come with being an entrepreneur, don’t be afraid to make full use of it. In fact, take advantage of it.

Tom recommends shifting your perspective: A shift in perspective makes you realise that as an entrepreneur, you are your own boss. You can take a day off, have a glass of wine on a Wednesday afternoon, or even go for a walk in the park just because you felt like it. With this mindset, you will be able to rid yourself of the self-imposed boss you have created in your mind and realise that you are the one in control.

Mike regrets not taking advantage of his time at Fox Studio: Before he started his agency, Mike was working at Fox Studio. During lunch, his friends would go for lunch and come back with stories of meeting actor Denzel Washington or throwing a ball with comedian Jenna Elfman. Meanwhile, Mike would be working through lunch hour because he wanted to accomplish all his tasks, even though they were made aware that their division was sold to Disney and they were going to get laid off anyway. He regrets not taking advantage of the situation and meeting Denzel Washington as it was a unique opportunity.

Similarly, as you build your business, you will realise that there are parts you enjoy and parts you don’t. More often than not, you don’t enjoy doing things you’re not very good at. So when you have a batch of employees it’s important to delegate against your weaknesses and assign them tasks they might be better at than you. Use automated tools if you have to, it makes a huge difference.

Delegate against your weaknesses & what you don’t enjoy doing.

You must take advantage of the flexibility of choice. When you’re running a business, it’s easy to fill your days with tasks you don’t enjoy and that can leave you spiraling. Try and shake things up as much as possible. If you have the choice, use your time doing things you enjoy.

Take a moment to enjoy the little things

Don’t power through the little moments. If you are running a business, shift your focus into stopping and finding delight in these moments.

Something as silly as team workouts in the office can help you gain some perspective. At Tom’s company, every employee would stop for five minutes and start doing push-ups with music playing in the background. Not only did this make them feel happier, but it also helped energize them after. Open yourself to more experiences like these.

Mike loves the idea of a gratitude journal. For many, writing in a gratitude journal is almost a cathartic experience and is very helpful for people with an entrepreneurial mindset. Taking ten minutes in your day to write down all the things you are grateful for can have a dramatic effect on your perception of reality.

Tom also kept a gratitude journal. Often his perspective was shifted when he saw others struggling or enduring horrific situations on the news. On days like this, he wrote about how grateful he was for his liberty and freedom. Other times, he’s hugely grateful for his team because, during his health issues, the company kept running because of them. When you get into the habit of writing these things down at the beginning of your day, it makes you realise how fortunate you are.

A gratitude journal could lead to major mindset shifts.

Mike’s experience writing his first book: When he started writing his first book, he had to relive every single experience he had during his entrepreneurial journey. It became an opportunity for him to write about the lessons he learnt and how effective positive thinking could be while running a business. It helped him shift his perspective greatly.

Celebrate your wins – even the small ones. Let the ten wins have ten times the value of the one challenge you might be struggling with. Your wins should feel more impactful to you than your failures.

For example: In Tom’s company they have set up a channel on Slack called Good Vibes where the employees talk about everything they have achieved that day – no matter how big or small. Every team member responds with emojis like an animated dancing banana to celebrate the win. It’s important to acknowledge these small wins and make them a part of your daily routine.

Don’t compare yourself to others

A lot of grief stems from comparing yourself to others. To echo the aforementioned analogy, when you are still at the bottom of the mountain, your own achievements suddenly appear lessened.

Tom’s experience with his coaching students: Coaching a student gives Tom a lot of perspective about things. The student is often going through the same pain of trying to figure things out at an early stage of running a business. This makes him feel grateful for his struggle and also allows him to be empathetic towards his students because he too has been in the same position at some point in his life, and come out on the other side.

It’s not always about money

Prioritize growing happiness over growing money. You don’t have to try and be the next Elon Musk or Steve Jobs.

The value of the things you do isn’t always numeric in nature.

For example: Steve Jobs was notorious for being difficult because his drive and ambition were all-consuming. To the point where it became detrimental to his family and relationships.

When he first started coaching, Tom coached seven people for two hours a week, free of cost because he was passionate about it. Although this didn’t give him any monetary benefits, he enjoyed helping his students and geeking out with them about marketing. Since then, he’s been actively trying to bring everything he learnt from this experience into his day-to-day work.

A peek at what Tom and Mike are grateful for:

While you’re in the entrepreneurial hustle, it’s easy to forget the things you are grateful for. Take a moment of pause to appreciate them. Perhaps, begin your day by writing them down. Because, however clichéd it might sound, ultimately it is about enjoying the journey. 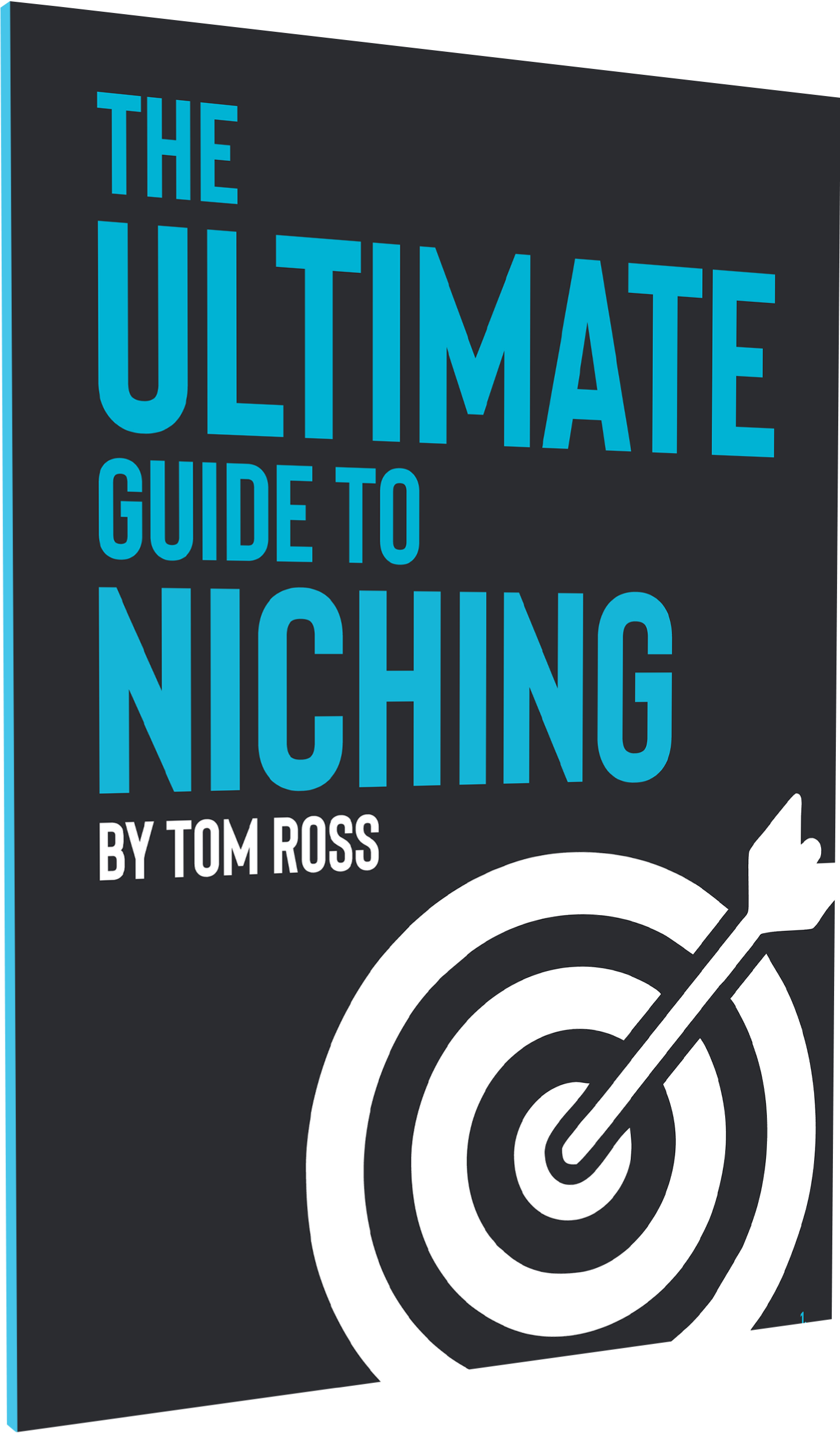